Why Everyone Should Go on a Christian Mission Trip 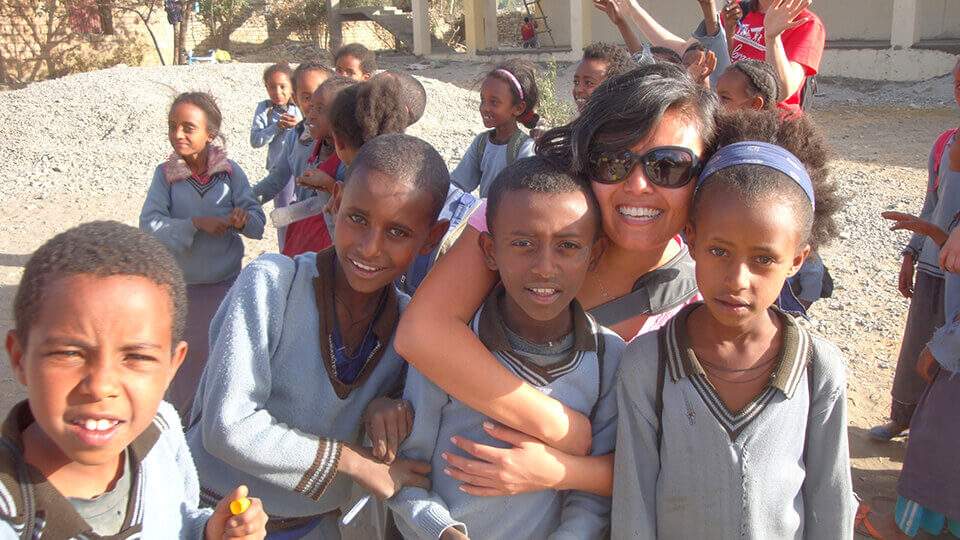 Kahlil and Kari Somera didn’t think they could go on a Christian mission trip. The timing, the cost—it felt like it just wouldn’t work. The Portland couple was in a time of transition. Kahlil had recently moved on from his job of eight years and was looking for something new to be passionate about.

On a whim, they decided to go to a missionary work inquiry meeting that was announced at their church. The Christian mission trip was originally planned for Belarus, but when they arrived at the meeting they discovered that the group would be headed to Ethiopia instead. “I just knew that God wanted me to go. I didn’t think about it, I just said ‘we’re going,’” Kahlil said. His wife was also on board, “I was so excited because I’ve always wanted to go to Ethiopia and adopt from Ethiopia,” Kari said. They committed instantly, without a plan for how to raise the $2,500 needed to reserve their spot. The Someras ended up raising close to $9,000 in the next month for their missionary work. “When you trust in God and lean on him, he will answer your prayers,” Kahlil said. While they both loved to travel, Kahlil had never traveled for missionary work before. He was excited to experience the culture and see what God had in store for them. This trip was also a very personal experience for Kari. While she had already traveled to China for a short Christian missionary trip, this would be her first time working with an orphanage. Kari spent three years of her life in an orphanage in South Korea before she and her younger brother were adopted at the age of 6. “I’ve always wanted to work with orphans. I know what it’s like to watch other kids go home with their forever families and still be left there,” Kari said.

The Someras traveled with members from their church, The Well Community Church with All God’s Children International to Ethiopia in January 2014. The group began their missionary work in Addis Ababa where they brought donated supplies for the kids at Hannah’s Hope. Next, they traveled to Mekelle where they worked to finish a school that had languished without funding since 2009.  The framework was there, but the environment had become very dusty and unhealthy for the children. They worked with local craftsman to redo the flooring and paint the walls. Everything had to be done by hand. “It was pretty laborious. We hired two teenage boys to haul water from the river up to the school for mixing the concrete and that’s what they did all day,” Kahlil said. 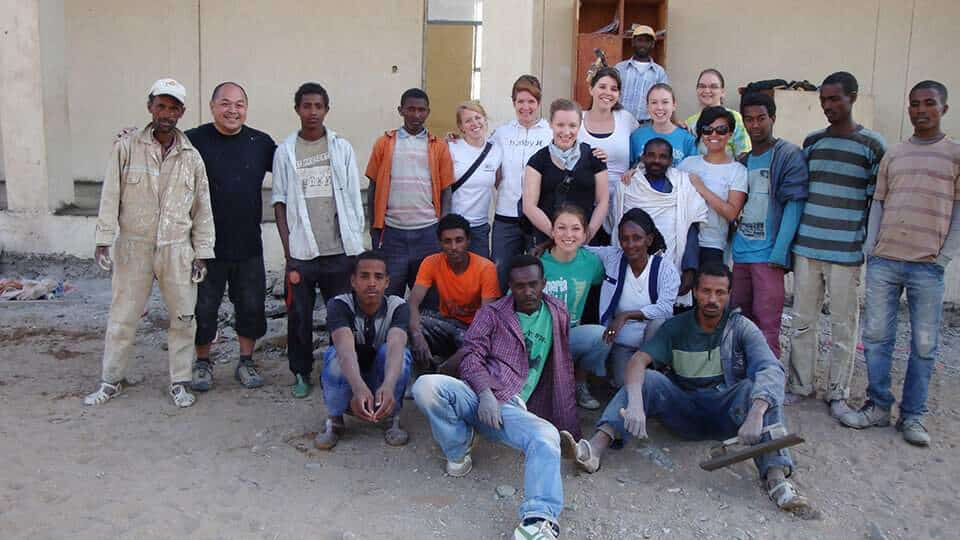 While Ethiopia is a very poor country, the Someras were amazed by the sense of community and humbleness of the people there. “I fell in love with the people and the culture there. They are happy and always smiling. People are so grateful and appreciative,” Kari said. Kahlil remembers the very humbly dressed local government officials that would often stop by at the school. He was shocked to see them pick up a shovel and start digging to help out. “The results at the end were beyond anything I could imagine. The relationship that we had with the community was incredible. We didn’t talk to them about Jesus but they still saw God working through us,” Kahlil said.

The Someras left Ethiopia forever changed. “It was really emotional for me, being an orphan myself,” Kari said. Interacting with the children at Hannah’s Hope in Addis Ababa deepened Kari’s relationship with Jesus in that she was able to witness his love for the orphans. “I wanted all these kids to go home, but at the same time AGCI does such a great job. The kids are so loved and well taken care of. They are happy and know they are loved. I felt like I was able to visually see the importance of the calling.”
Kahlil left Ethiopia with a heart opened to missionary work and a desire to encourage others. “I’ve learned one thing about mission trips; God is everywhere,” Kahlil said. “I encourage everyone to just do it. Experience the power that God has in allowing you to go on a mission trip and just build relationships with good people.”

To learn more about sponsoring a child in Ethiopia click here!

PrevThe Wood Family
Adoption Isn’t Easy, But It Is Worth ItNext